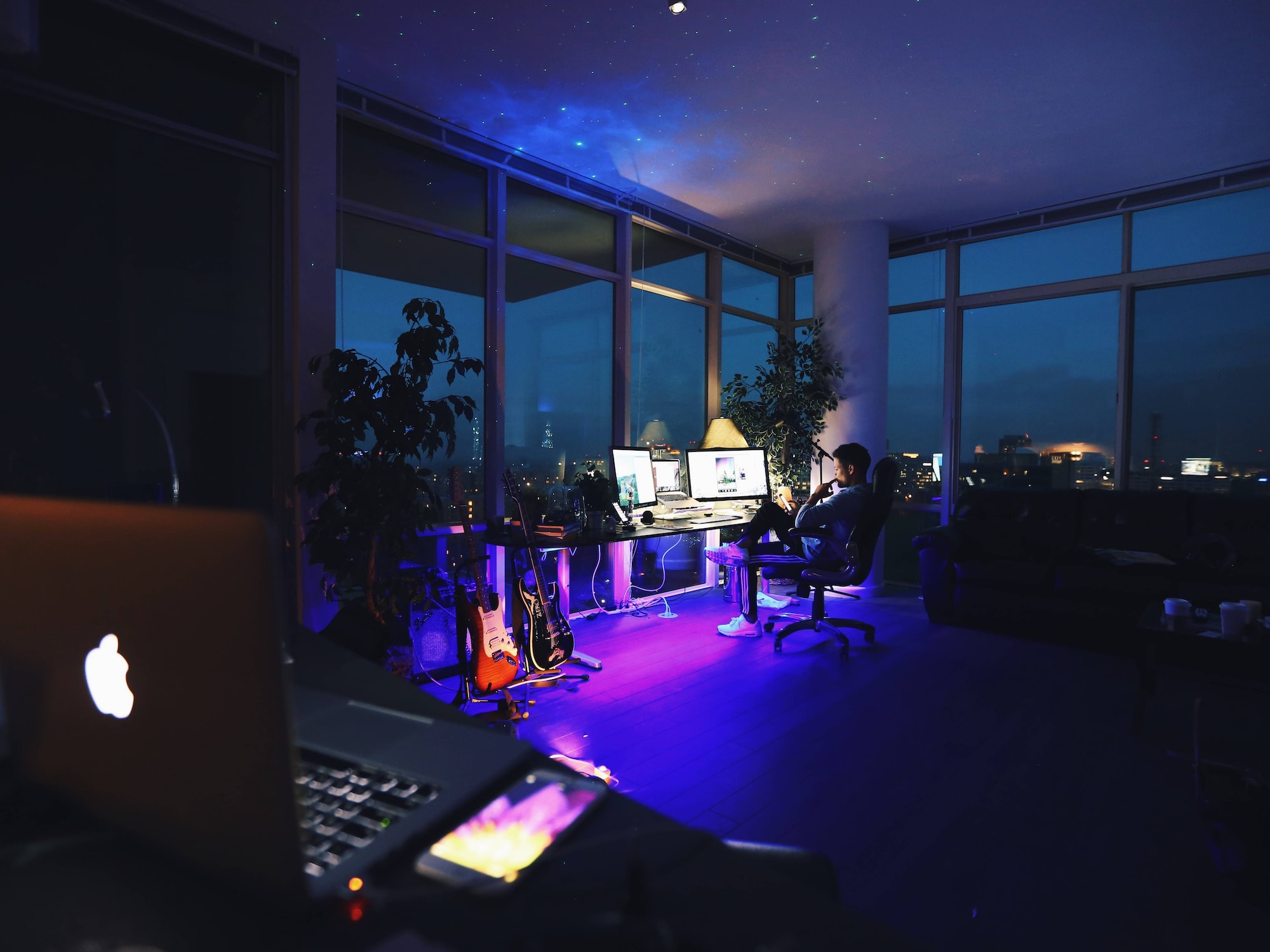 Song of an Entrepreneur’s Soul

The time has come to vent my frustrations with the entrepreneurship community on the web at large. Far too long I have bit my tongue as I’ve watched talking heads glamorize the “hustle culture” when there is little to no glamor to be seen.

The time has come to vent my frustrations with the entrepreneurship community on the web at large. Far too long I have bit my tongue as I’ve watched talking heads glamorize the “hustle culture” when there is little to no glamor to be seen.

Many of you will think this sounds bitter. I respect that but understand that this writing will be as if I’m wringing my heart into an inkwell and transferring the very essence of myself onto the page of a moleskin.
I believe in sharing something that is meaningful and from the heart. There are way too many articles selling a lifestyle that doesn’t exist for everyone in this startup community. With that, I will share my personal story of struggle with all of you, one that will surely be dismissed by many who will state that I just need to “get out” and get another job. That’s fine. I welcome this. I have proven them wrong before just as I will you.

Flashback to the fall of 2007. I was in a job as a Polysomnographic Technician which paid well enough to afford me the nicest apartment money could buy in the nicest area of Richmond, Virginia you could be in.

While in the field of sleep medicine, I dabbled in web development as a hobby just as I have since ’96 or ’97 (way before it was referred to as “coding”). As one would expect, with dev not being my main focus occupationally, I was a little behind on the latest techniques but I was still damn good in my own mind.

Then the economic downturn came, and I was laid off from a job that I had no intention of ever leaving. After several failed attempts to join another practice, I decided I was going to try and use my skills that I had learned over the years and follow the calling of the people I read and listened to.

It was time. I was going into business for myself. I had 1,500 in the bank and felt confident in my ability to sell and my skill set. I knew I would be ok. I was finally going to be free. Liberated from making money for someone else.

After chasing clients and mostly coming up short I learned a valuable lesson — what I didn’t know. Youthful ignorance sent me into a business model of feeling comfortable without having done any research.

What I didn’t know was how big web development in Richmond had grown in that time. In my absence, there were plenty of freelance web developers thanks to the growth of technical schools and online courses that were available.

This was the first sudden realization that I was not near the businessman I considered myself to be. My first foray was a total failure. I didn’t understand the market conditions and I overestimated my value. As a result, I felt completely crushed and beaten down. I didn’t have enough capital to keep the business afloat and it was time to start looking for jobs in my field to be able to feed myself and pay bills again.

I then started to work at the first clinic where I’d been a technician and realized that they were close to going out of business due to poor management and the changes in medicare reimbursement. Seeing the signs I jumped at the opportunity to work at the hospital an hour away for stability.

For a while, I was completely satisfied, but after a few months had passed I began to realize that even hospitals were feeling the changes of medicare. Moreover, the politics of the environment were way too much for me.

After way too many long days and nights of anxiety about the future, I went back to the video that moved and inspired me many years ago to even begin to consider the path of entrepreneurship: Steve Jobs’ commencement speech at Stanford University.

The inspiration for my life is one man’s story albeit a pretty famous one.Upon viewing it, the spark was again lit inside of me and I knew it was time to begin planning another go. This time would be different. This time, I had saved up a little more cash and had invested in my own education for some time prior to making the jump.

I had consumed every piece of media on small business, startups, management, etc. There wasn’t a book, documentary, tv show, radio show, or podcast that I hadn’t read on the subjects. I had licked my wounds and I was ready.

At this point, a decision was made to take a different route and so I decided to try another area of business so I could continue my education on the current trends in web development and learn more about commerce with a trusted partner.

Thus began my new entrepreneurial chapter as I went into business with my brother. We took over a consignment retail store in Waynesboro, VA. We had very little traction, but at the end of the first few months in the store ,we turned that completely around.

We were breaking sales records by listening to our customers, engaging with the community, creating an online store and “hustling our faces off.”

While this was great it wasn’t quite enough for our goals. We decided to shift the model from full consignment to about a 50/50 new to used inventory. It was this pivot that made all of the difference. It was at this point I felt I had learned major lessons in understanding markets, supply, and demand, etc.

Moreover, I learned the lesson of sacrifice and that I still wasn’t as good of a money manager as I hoped to be. I didn’t save quite enough. We didn’t pay ourselves, but reinvested in the store and didn’t pay anyone for the first 2–3 months of business. It was only after money started running dry for me that we agreed to a little pay my way to help with the car payment, but that still wasn’t enough to feed myself.

I had to work late nights on the weekend putting out signs for a local real estate company for months in various weather conditions, including over a foot of snow, just to be able to keep myself afloat.

There was no glamor to be seen here as some talking heads would allow you to believe. Sacrifice was a hard lesson to learn, but it was just as important as any business lesson to this point.

With these lessons in hand and my many late nights of continued learning in web and app development, I felt the call of my old business and the deep feeling of longing for family home in Richmond. It was time to go back home and give it a try again for myself. I wanted to show myself I could do it again.

This time around was different and rather successful in terms of client work but still, a struggle and austerity were still the order of the day.
As chasing client to client has grown old I have decided to take another pivot which goes back to the core nature of who I am.

I believe in the power of ideas and the power of intelligent people. I decided it was time to start recruiting others that shared the same vision as I.

I have a clear vision of the future of EnLab and the next 5 years. It has translated into amassing a team that I could have only dreamed of just a couple of years ago, and discuss seed rounds with investors. Even with these developments, I continue to work part time on weekends at night doing what I used to do.

With that being said, I look forward to seeing what the transition to a partial client service and partial app studio model is going to do for the company and the team, but moreover the community.

No matter what happens to EnLab from here on out, this has been a very long and difficult road. I wouldn’t wish some of the lows on anyone, and the highs sometimes feel few and far between.

I have gone months without maintenance on vehicles, and I haven’t been to a doctor in at least 3 years as I haven’t had health insurance. It’s not glamorous. This is real life. We aren’t always as lucky to just come up with an idea and suddenly have a fancy office in San Francisco or New York.

With that being said, this is the best path in mind. This is the path of personal growth and organic growth as a business and I wouldn’t trade these lessons I’ve learned for the world. Even today I’m continuing to learn the difference between small business and fundraising for startups (converts, y-combinator simple agreements for future equity, how long a seed round should keep a company running, etc).

We all wish we could have the luck that comes with a killer app we created and that’s the end of the story. But the best business men are steel forged and molded from the fire of adversity and the pounding hammer of the difficulties of real life. Patience isn’t just a virtue; it is the rule of the day for a real boot-strapping entrepreneur.

Before you think that this is easy…watch this from one of the biggest hustlers around. @GaryVee

The link has been copied! 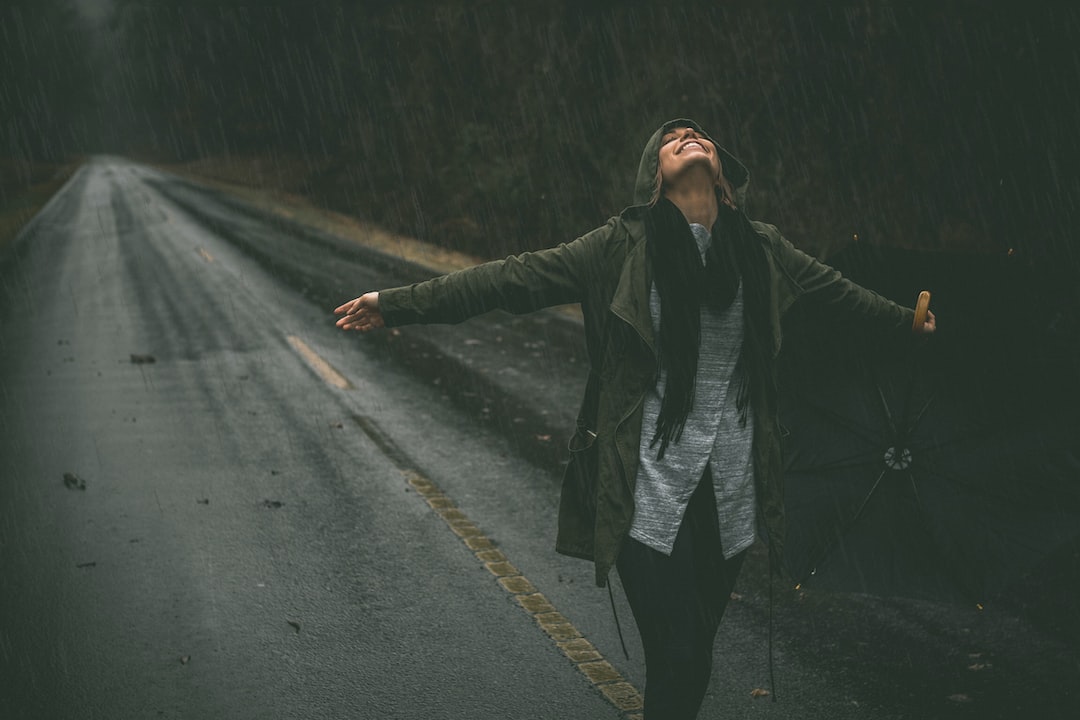 Embrace the Rain - A Compendium for Life